One ancient relic; one new adventure… 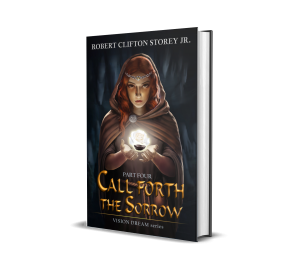 On her return trip from the northern lands, Princess Angelterra secures a mysterious and highly coveted relic. In an effort to unravel the relic’s importance, Angelterra realizes she must set aside her private quest as the Vessel and once again leave her homeland on a new and totally unexpected adventure. Angelterra, her knight protectorate, Jeela, and a few others set out on what should have been a quiet journey of discovery when their path suddenly collides with the enemy’s war machine. During their escape, the princess and her small company are flung far off their original route and then unceremoniously dumped into an unfamiliar tropical paradise…a place that will play a much greater role in her new adventure than Angelterra first realizes.

All the while, she and her traveling companions are hunted by a dangerous and tenacious sorcerer and his hideous beast, malevolent operatives of Shutharja. Although she’s uncertain of where she will finally end up in this venture, Angelterra believes, with all her heart, that she—and her friends—are headed towards something that may turn out to be an important key to her fight to free her homeland. A key that will unlock her’s and her people’s future by unleashing a force from the distant past.